In 2018, California’s Camp Fire was the largest fire on record in the U.S. causing over $16.5 billion in damage and burning 153,336 acres in 17 days. In 2020, there was the August Complex, a collection of 38 wildfires ignited by lightning strikes. Collectively, 1,032,648 acres were scorched in almost four months. Then the next year in 2021, there was the Dixie Fire. After 79 days of burning, it was 94% contained and had consumed 963,309 acres, or about 6.5 times the area burned by the Camp Fire. Fire sizes in the U.S. are growing at such a pace that a new term was required to denote fires that destroy 1 million acres of land: Gigafire.

The world is changing. In the last five years, California has endured 13 of the 20 most destructive fires on record. Faced with this intensifying challenge and desperate to mitigate their fire threat risk, California’s utilities needed a pole that would not burn.

PowerON composite poles do not support combustion so they were a natural consideration to the wildfire challenge, but that was not enough. Going back to 2011, RS was not satisfied with the UL94 and ASTM D635 coupon-level fire tests that the industry was using to gauge fire performance. While these tests worked well for their intended applications, they were not representative of a wildfire moving through a utility line right-of-way. Partnering with University of Alberta fire expert, Mark Ackerman, a full-scale test was developed which not only exposed an entire embedded pole to intense, unrelenting flame for 2-minute and 3-minute durations, a post-fire vertical full scale bend test was included to quantify any strength or stiffness loss.

This test, known as the RS-Ackerman Fire Test, has now become the industry standard to which all California utilities use to evaluate a pole’s fire performance. Composite poles outperform wood poles in the fire test, making PowerON composite poles the safer choice for line crews and the public.

PowerON poles have already proven themselves in many California fires including the 2019 Tick Fire that consumed 4,615 acres. The PowerON composite pole emerged from the fire unscathed while the wood poles in the area burned to the ground.

PowerON composite poles have now become the preferred solution at many utilities that need to have a fire mitigation strategy. 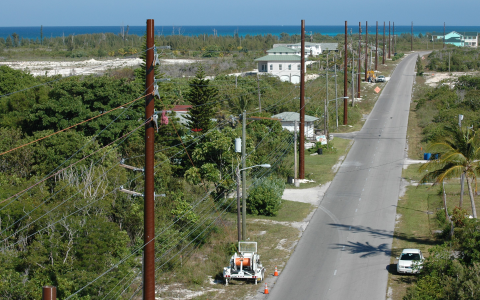 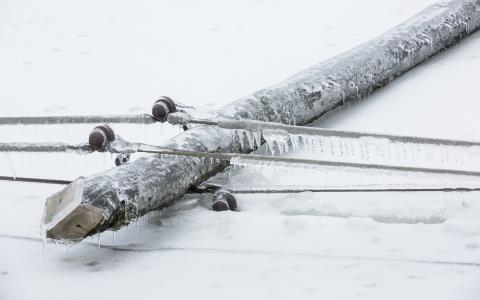 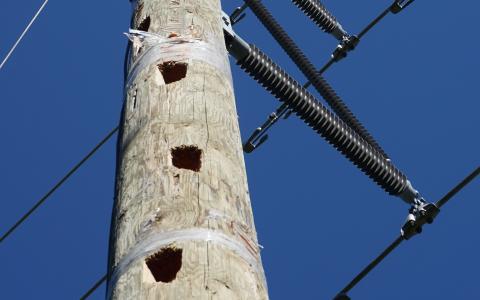